Three different times I begged the Lord to take it away. Each time He said, “My grace is all you need. My power works best in weakness.” So now I am glad to boast about my weaknesses so that the power of Christ can work through me.

We know in the verse above that Paul is in Heaven, and he’s standing before the throne of God. He was taken up to the “third Heaven” – past the Earth’s atmosphere, the clouds, and the sun, moon, and stars. And Paul asks the Lord three times to remove the thorn from his flesh. He says, “I’ve got this thorn in my flesh, and I want you to deliver me from it. I want you to help me in this area. It’s creating pain; it’s creating heartache; it’s creating all these issues.” God’s response?

My grace is sufficient for you.

In other words, it’s possible that some of the “thorns” in life aren’t always removed. But this is encouraging! Because the great Apostle Paul had thorns that weren’t removed! Some thorns can’t be removed by reading your Bible more, by praying more, by being more spiritual. Some thorns are here to stay. But praise God that His grace is sufficient for you!

Here’s the good news – for the believer, we have forever. God’s kingdom will far outlive us – it’s forever. Meaning, this is as bad as it gets for a Child of God. It only gets better for the believer because we live with a concept of forever, not just what’s happening now. On the other side of the spectrum, if you don’t know Jesus, this is as good as it gets. It only gets worse.

I want to encourage you today to say a prayer that includes forever. Say a prayer that doesn’t just include the here and now. Instead, tell Him, “God, I want Your kingdom. Whatever I’m living for, I want to keep forever in mind.” Then think about someone who doesn’t know Jesus. Intercede and keep “forever” in mind for them. Pray for them!

Pray for the peace of Jerusalem: May those who love you be secure. ~ Psalm 122:6

I urge, then, first of all, that petitions, prayers, intercession, and thanksgiving be made for all people— for kings and all those in authority, that we may live peaceful and quiet lives in all godliness and holiness. This is good, and pleases God our Savior, ~ 1 Timothy 2:1-3

Brothers and sisters, my heart’s desire and prayer to God for the Israelites is that they may be saved. ~ Romans 10:1

Restore us, Lord God Almighty; make your face shine on us, that we may be saved. ~ Psalm 80:19

“The Spirit of the Lord is on me, because he has anointed me to proclaim good news to the poor. He has sent me to proclaim freedom for the prisoners and recovery of sight for the blind, to set the oppressed free, to proclaim the year of the Lord’s favor.” ~ Luke 4:18-19

Help someone else Win The Day! 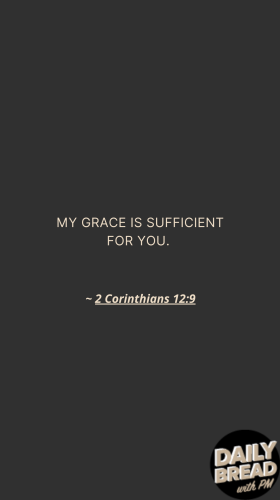 Need prayer? We have a team that would love to pray and believe with you.  If you have a prayer need, please fill out the form below!